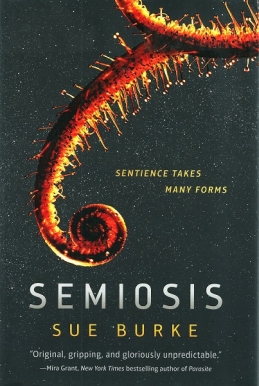 It's an eery wave.

You know how books can be emotionally exhausting, so that you need a good quantity of energy to read them, and how sometimes you don't want to?

The first sentence, a hard one, tensed me up for some draining. I wanted light reading and I almost abandoned it, but then gave it a shot.

For two hundred pages, it was easy. A slow paddle across a calm lake. I kept looking for the storm; none came.

But wait, that lake was tilting. The same distance paddled caused more uneasiness. The wave was rising. The narrative sombered gradually. Ominous clouds, desperate acts. Easy, uneasy? paddling. And yet no crisis.

No crisis, until the end. One good, regretful, wasteful scar to destroy the tense hope before it. The crest of a wave thundering as it broke. What's on the other side?

I'd like to say a word about the imagination. There is a great, great subtlety to much of the world-building here. Things that are different about the technology, about the society, about the planet, about each generation, are not explicit but simply there: reflected in a turn of speech or an average of a number of observations. This is very confident imagining, very rich, it feels like it is boundless and we have been shown only the tip of it.

I would very, very much like to see more of this world.