The Adventure of English 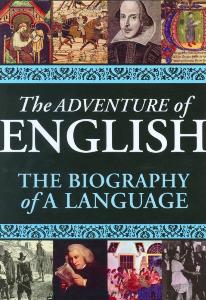 The Adventure of English, Melvyn Bragg

A good amateur's survey of the history of English, better at the start than its rather mechanical surveys of Australian or West Indies vocabularies towards the end. You learn things: for a little background, Old English for example was an inflected language, like Latin, but commerce between two inhabiting tribes on the island of Britain, separated by a political barrier, brought about prepositions like "on" and "for" to replace inflections which two separate races could not hear clearly. Plenty of fun stories and facts, if over-romanticized. But hey, the romantization is a good form for telling the story of a character that has lived 1500 years.

One more thing: especially to one living in francophonia, The Adventure of English reminds me of which words are "really" English, and the game of finding the "English" equivalents of Latin- or French-derived words like "derive," "barrier" or of course "surrender."